But is that really true? The reality is that 30 percent of humans have flat feet. Have we really evolved so poorly through so many generations of human existence and development that almost a third of us have naturally flawed feet? This just doesn’t make sense.

Royal Whitman, the Boston Orthopedist who first introduced commercial orthotics to the public was a brilliant businessman. He saw the great marketing potential of selling a “corrective” device for a “problem” so many people didn’t know they had. The business of orthotics has grown tremendously since that time and the claims for the magical powers of orthotics have continuously grown. From aligning your knees and hips to correcting scoliosis, orthotics have been made to be the magic solution to dozens of issues. But are they really that magical?

The 2 Fundamental Flaws of Orthotics

The truth is orthotics do support the arch of the foot in an elevated position and that is why many healthcare providers sell them. But there are two fundamental issues with that statement. First, our feet and arches do not need to be supported. Second, the support is only there when the foot is placed on the orthotic and there are no long-term changes to our feet or any other part of our body from wearing orthotics.

Do Our Feet Need Support?

The concept of our arches needing to be supported in an elevated position to prevent and correct painful issues is just plain wrong. Conditions such as plantar fasciitis, heel spurs, metatarsalgia, neuromas, and bunions afflict individuals with all types of arches, flat or not. While flat feet, like mine, can be completely healthy and asymptomatic.

Our feet and arches do not need support. Telling people with flat feet and selling them orthotics to support their flat feet is not that different from telling people with blue eyes (17 percent of the population) that their eyes are flawed due to the lower amount of melanin they have. Then selling them brown contact lenses to better protect their eyes from the sun. Its ridiculous.

Now some people might say “even if the orthotics don’t fix my problems, I like wearing them and when I don’t, my feet hurt”. Which brings me to the second and more serious issue with orthotics.

What Are The Long Term Effects Of Orthotics?

Orthotics do change the position of your foot, they elevate and support your arches, but they only do that when they are worn. This is like wearing a neck brace preventatively. It provides support and stability to the joints and muscles of the neck while it’s on. But what do your muscles do when they get external support? THEY ATROPHY. Orthotics are not just some harmless gadget that you can try and discard. They create dependence. Especially after prolonged use (I wore orthotics for 13 years) they make your feet so dependant on them that when you walk around without them, your feet hurt. Just like if you wear a neck brace for a while and then take it off, your head will feel like its 100 lbs due to the atrophy of your neck muscles, your feet hurt because they become weak and unable to support themselves after prolonged use of orthotics.

Orthotics do not change the structure of your feet. They do not “realign” your spine, or anything else for that matter. They provide temporary scaffolding for your feet which makes your feet dependant on them. This in turn reinforces their selling power. People become so dependant that they must keep getting new orthotics with more and more support to counter the continued atrophy of the muscles that are supposed to support your arch naturally.

Are The Insoles In My Running Shoes Considered Orthotics?

There is a big difference between custom made orthotics that are meant to prop up the arches of your feet and soft insoles that are meant to cushion your feet. If you are an active individual who is up on their feet a lot, running or jumping, comfortable insoles that many shoe brands produce are not harmful and do not cause atrophy. I often recommend to my patients that they purchase inexpensive Dr. Scholl’s gel insoles if their feet are achy and sore and they insist on finding a product that would help.

We need to start moving away from external devices that support our bodies and think about how we can get our bodies to support themselves. We need to look at strengthening muscles in our feet and use those muscles by being active regularly so that we can decrease our dependence on unnecessary supports.

Orthotics Cost How Much?!?

The last point that shows how much of a business the orthotics industry has become is how much they cost. Despite costing less than $100CAD to manufacture, clinics and licensed providers sell them for up to $500CAD simply because insurance companies will pay for it when a medical prescription is provided. This inflates insurance rates and creates a giant industry wrought with fraud and scams due to the insanely high-profit margins.

This can only be stopped through education, both patients who continue to buy orthotics not realizing they are not helpful and of healthcare providers like the physicians who continue to prescribe them.

As the owner of Gemini Health Group, a provider of physiotherapy in Richmond Hill, Ontario I do not recommend orthotics to my patients and I encourage my fellow practitioners to do the same. Let us shift the focus to strengthening our bodies from within so that we become more resilient to pain and injuries rather than continuing to rely on external support that makes us weak and susceptible.

Read to book your appointment
or have any questions before booking?

BOOK AN APPOINTMENT
OR

We do direct billing
BOOK AN APPOINTMENT 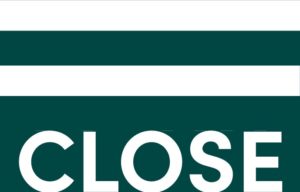